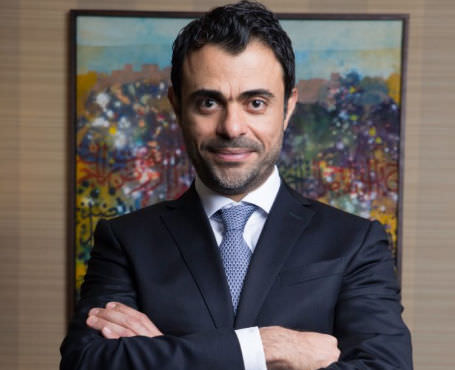 The last three years have been turbulent for many a business owner in the MENA region, thanks to a plethora of different upheavals.
The socio-political landscape aside, the economic climate in its own right has taken a dent, thanks to the oil price crash, which has torn its way through the fabric of countries that have built their existence on this precious resource.
In the GCC, we’ve seen the UAE pulling through almost unscathed, as the government continues its quest for innovation and moving away from oil reliance, through public spending, as well as a private sector becoming more and more robust.
But in other countries, like Saudi Arabia, grand changes are afoot to prepare for what could be the end of the oil-state era.
Saudi Arabia, which is far more conservative when it comes to the economic side of things, will have to do a lot more to reach a level of stability in the coming years.
In January, the International Monetary Fund (IMF) cut its growth forecast for the kingdom by a large margin because of lower oil production, highlighting the challenges it faces as it seeks to overhaul its economy.
The overhaul is all encompassing—it has started heavily investing in renewable energy, with an aim to have 70% of its energy being produced with natural gas by 2030.
This comes as part of Saudi Arabia’s so-called Vision 2030 strategy, which sprouted from the global slump in oil prices since the start of 2014. Led by Deputy Crown Prince Mohammed bin Salman, the vision includes a plan to set up the world’s biggest sovereign wealth fund and to sell a stake of less than 5% in the state-run Saudi Aramco by 2018.
In terms of macroeconomics, there is an enormous amount of research that goes into understanding a recession and its effects on unemployment, interest rates, etc.
However, there is surprisingly little that exists in terms of the management world and firm-level decision-making. How do companies come out the other end successful and sustainable? And is there a way to somehow be prepared for a rock in the road?
According to the experts that have done their homework, the answer lies, perhaps surprisingly, in portfolio investments—specifically, in R&D and Corporate Social Responsibility (CSR).

What would Starbucks do?

Ioannis Ioannou, an associate professor of strategy and entrepreneurship at the London Business school, who studies how companies integrate environmental and social issues into their strategies, wanted to better understand how crises affect decision-making at the firm level.

“In my work, I looked at what companies did in times of economic crisis, and tried to see how they behaved in terms of their portfolio of investments,” Ioannou says.

After studying long-term strategies of larger companies in the US during the Great Recession of 2007-2008, he and his co-author found that while firms may have made cuts to their human capital, they did not slow down investing in CSR and R&D. This shows that although the concept of sustainability may be a recent phenomenon, it has significant implications on how we consider corporations, their accountability and the management process.

“In general there are two things that a company can do. They can either save their way out of a recession, in other words, they can retrench and focus on keeping their cash flows, maybe cut back on investments, maybe lay off some people,” he says.

“But there’s also another idea that many successful corporate leaders expressed at that time.”

During the Great Recession, CEOs of companies like Starbucks and Intel, said it is precisely in bad times that one needs to make investments in CSR and R&D, according to Ioannou’s research.

“And the question is why. Why would you not cut investments? Why would you maintain investments in innovation capabilities [R&D] and what we call ‘stakeholder relations’ [CSR]?” Ioannou asks.

In his paper, The Dog That Didn’t Bark, Ioannou argues that there are three mechanisms through which investments in intangible resources like innovation capabilities and stakeholder relations are beneficial for firms during a recession.

The first is efficiency and innovation; second is the idea of adaptability to changing stakeholder demands and expectations. Last is the idea of building organizational resilience through these kinds of investments.

“I know it sounds a little counter-intuitive to maintain these sorts of investments during a recession. But, if you look at what firms must deal with during a crisis, for instance, uncertainty, change in policies, and so on—then these three mechanisms seem to make sense to us,” he says.

What it comes down to, is that firms need to adjust their strategic resources during a recession; namely, the intangible ones, which are measured as innovation and stakeholder relations; the tangible ones, for instance, capital expenditure; as well as human capital.

“The big takeaway from our analysis, perhaps as expected, and as a baseline, confirmed our intuition,” he explains.

CSR and the Gulf

Looking at what US companies did during the Great Recession, could provide a significant amount of insight into the way companies are, and should, behave during today’s economic time of uncertainty, especially in the GCC.

However, the region’s idea of CSR is very different to that of the West, especially in more traditional economies like Saudi Arabia, and so the mindset of investment in this field is a relatively new phenomenon.

One of Ioannou’s key questions in his work is “How do managers think in terms of how to combine financial and social performance?”

According to Eyad Ramlawi, CFO of Alturki Holding, a leading family-owned investment and development company in Saudi Arabia, the roles of the C-Suite are evolving rapidly, in terms of communication, strategy and investing.

“The role of the Chief Financial Officer has changed to become more dynamic. Gone are the days of the CFO only being responsible for treasury, traditional finance, and accounting,” he says.

“Today you have to be more involved in and support all areas of business. You have to be a catalyst for growth, and you cannot isolate yourself.”

In terms of investments, GCC companies are still very much focused on government contracts, with perhaps the exception of the UAE. Their approach to their place in society rests primarily on public spending.

And so, CSR is seen as more of an external activity, rather than what makes a company sustainable. “I have lived in Saudi Arabia for a very long time, and have mostly worked for family businesses. And so when it comes to something like CSR—when you discuss it in terms of an era of uncertainty like what we’re going through right now—it’s something that has started trending, in only the past couple of years,” Ramlawi says.

According to the CFO, some businesses who have been open to the new mindset of CSR practices first started with a very simple formula of giving to a community in the form of charities. And some have evolved to building the right profiles in supporting a sustainable ecosystem.

“But I tell you that this is not yet widely adopted in the business community, especially in Saudi,” he asserts. “Many do their traditional part which is giving to charities, but only a very small sample of successful businessmen have evolved to a level of working their businesses in terms of CSR at its core.”

At the most recent CFO conference held in Dubai, chief financial officers from companies all over the Gulf got together to discuss where they’re all at with the economic crisis we’re in.

In a poll put to them, asking how confident they were in the development of the GCC, UAE and KSA markets respectively, in the next two years, the outlook was, as expected, cautious and uncertain.

When asked how they’d rate the risk of the exposure of their organizations to the economic and political climate, a majority (35%) voted moderate, and 31% voted high.

“Everyone is now in this headspace of uncertainty, and either in a standstill situation or a panic situation,” says Ramlawi. “And when I look at my network, I can clearly gather that more than many companies are taking the panic route—of shutting down full companies, instead of doing a review and restructuring of a portfolio.”

But this is the wrong approach, he cautions. In line with Professor Ioannou’s findings, Ramlawi advises taking an entirely different route.

“[In times of crisis] you always have to review your strategy—of your own business and that of the subsidiaries. You have to make a change in your business plan to be able to achieve your long-term goals,” he says.

With the drop in oil prices, the Saudi government drastically reduced its spending and payments—which put immense pressure on companies like Alturki Holding, who directly deal with the infrastructure sector and construction market.

According to Ramlawi, instead of panicking and downsizing, first consider a change in strategy.

The strategy of only going after those who are willing to pay big money must change. And it’ll need a new structure from within. “That’s what you need to revise. Now, of course, this doesn’t happen overnight—this is a very lengthy process and involves everyone from company management, to the people from within, as well as corporate consultants and stakeholders,” he says. “And this is a unique occurrence with businesses in Saudi…many don’t follow this systematic, innovative approach,” Ramlawi points out.

Intrapreneurs to the rescue

In Ioannou’s report, they found that companies that sustained their investments in R&D and CSR performed better once the economy recovers. Specifically, they achieve higher operating performance than their peers, who did not.

It shows that investment strategies contribute to a firm’s ability to maintain or even strengthen their competitiveness during and after a recovery.

“So, if you were to abstract a way and talk about a region like the Middle East which is undergoing some structural adjustments, given oil prices, given the pressures for more environmentally responsible energy sources,” says Ioannou. “This seems to suggest that in a period of turmoil, yes some retrenchment is going to happen, but it’s perhaps more important to note that continued investments in intangible resources might actually be a way to deal with the difficult environment.”

Similarly, Ramlawi says that companies need to regularly be reviewing their investment portfolio and to play open cards with their stakeholders.

“In my previous jobs, transparency was approached differently—all decision-making happened behind closed doors. But that doesn’t help during a crisis,” he warns.

In troubled times, Ramlawi suggests looking inwards to the depths of the company’s human capital and find its most passionate visionaries.

“Look for the intrapreneurs and give them autonomy. Trying to manage from a tower, and giving instructions down to the company, does not work, especially in these times,” he stresses.

“You have to give power to your innovators. They are the ones who are willing to invest in that business from their money—not from the investor’s money.”

“All large corporates, perhaps even Fortune 500 companies in the US, started as startup businesses. People should not give up this way of thinking.”