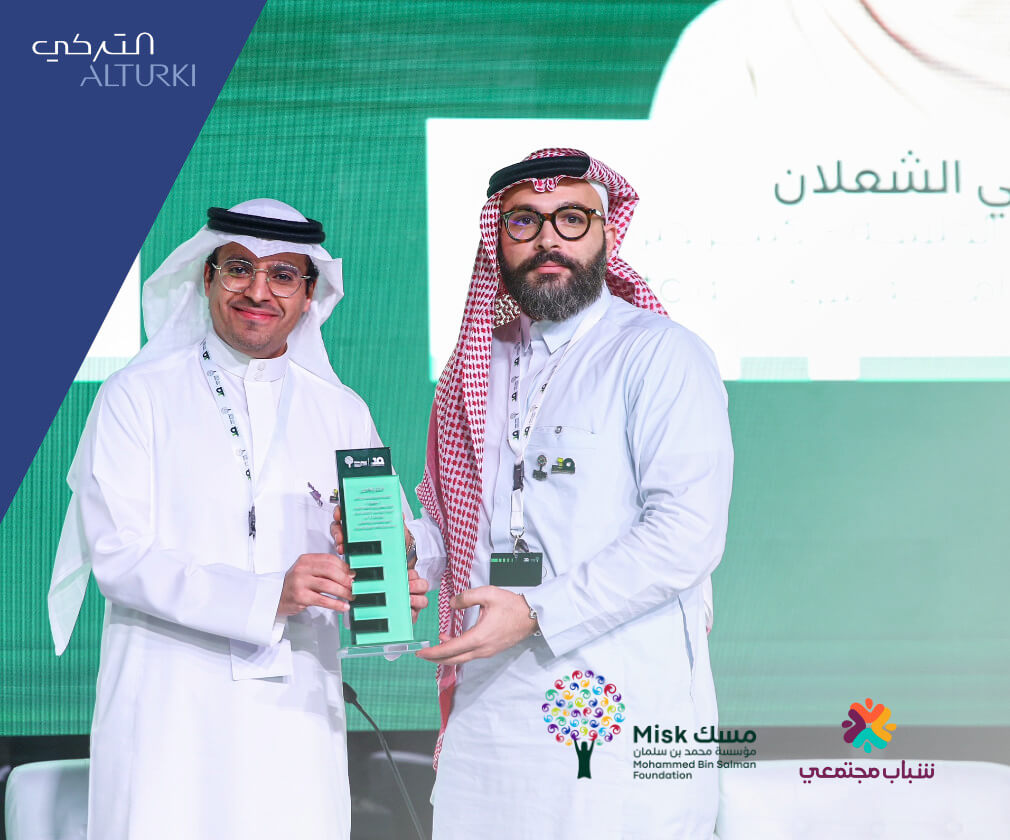 On the 1st and 2nd of November 2022 at the Dhahran Expo Center in the Eastern Province, and under the patronage of His Royal Highness Prince Saud bin Nayef bin Abdulaziz, Governor of the Eastern Province, the activities of the “Misk Tour” were launched in its second edition in the Eastern Province, where the Prince Mohammed bin Salman Foundation is organizing a tour Introductory presentations that come within the framework of the celebration of the 10th anniversary of the establishment of Misk.

Through which it seeks to integrate and reach the ambitious Saudi youth, and to present the paths and programs of the Misk Foundation for Creative Energies with the aim of motivating and enabling it to make an impact in various regions of the Kingdom.

During the opening ceremony, His Highness, the prince of the Eastern Province, praised the support provided by “Misk” to the young men and women of the country, by supporting them with the proper training, developing and unleashing their creativity. He said: “It is a sublime message that fulfills the aspirations of the leaders, may God protect them, and contributes to empowering young people and achieving the goals of the National Vision 2030.”

It was praised by Dr. Bader Al-Badr, "CEO of Misk Foundation" in the Eastern Province youth, said:
"The eastern region is dear to me personally, and it is not only a source of energy and oil, but it is a source of creative minds and distinguished national competencies."

The event was divided into three main sections:

On the stage of the tour, 9 dialogue sessions were held with the participation of CEOs and entrepreneurs who presented various experiences in the topics of empowerment, leadership, community building and skills, in addition to 11 workshops to establish and build skills for the youth community.

The participation of Shabab Mujtamaie , represented by the General Manager , Mr. Majed Aldebekle was present in the sessions of the second and last day of the "Misk Tour" event with Ms. Sarah Al-Tamimi and Mr. Muhannad Al-Hassoun, with an enrichment session entitled "Towards Strengthening the Impact of Social Responsibility", which clarified the areas and initiatives related to this concept, as well as the role of non-profit institutions towards supporting the growth of social responsibility.

Part of what he said in his talk about enhancing the impact of social responsibility was: To achieve this, it is necessary to work on making social products with a deep impact based on social challenges that stem from the individual, organizations and society.

He also said: We must have a clear standard when we stop making the impact and start maximizing it through the process of transformation from community initiatives to independent entities, as happened with Shabab Mujtamaie , which transformed from a social initiative under the social responsibility department of Alturki Holding Company and turned into an independent company .

In response to the question about the roles of the authorities, he said: The legislative authorities play their role in making policies, and the role of private sector companies revolves around investment and partnership, and the role of the bodies in the non-profit sector is in implementation.

He also focused on the importance of linking the process of developing policies and investing social opportunities and implementing them with the goals of sustainable development, as they are prepared as a road map for all parties working in social responsibility.

He noted the great role that the individual plays by creating social opportunities that may have been absent from the authorities, as well as the importance of adopting the concept of "social entrepreneur" that contributes to making change.

In conclusion, we emphasize that the opportunities for creativity and inspiration will not end with the end of the tour, and with integration and partnership, we will make the difference and make Saudi Arabia one of the first countries to promote social responsibility by investing in youth energy in our country.